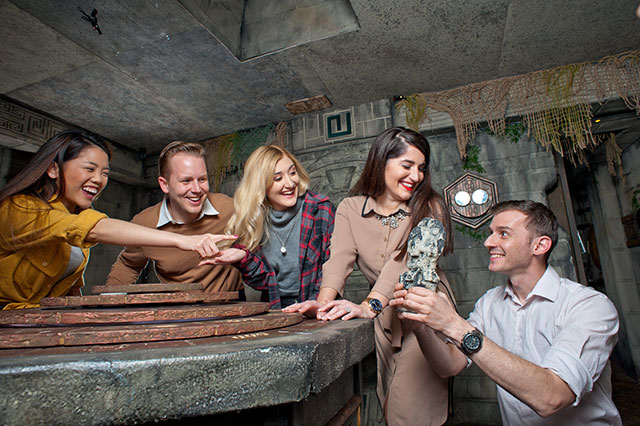 Important Elements of Teamwork When Under Pressure

You never really know how a team is going to react to pressure until that team is put under pressure. Employers are always looking for ways to test their teams in order to see just how much pressure they can take and how they deal with pressure. It is far better to test a team in a situation where the employer can see how they do under pressure without the stakes being as important as they would be under real conditions. A perfect place to do this would be an escape room, and what better place to go to than an escape room in Philadelphia companies love? This allows employers to put the team under pressure and see how they will do without the company facing severe consequences.

The worst teams, however, fall apart under the least amount of pressure and start blaming each other even before they start working out solutions. Those individuals worry more about covering themselves more than getting the job done, making sure that no matter what happens they are not to blame for whatever happens. It is important to recognize these employees ahead of time in order to make sure that the team can deal with stressful situations. After all, a team is only as strong as its weakest members, and those members are invariably the ones that add to the pressure rather than helping others deal with it.

This means that in using something like an escape room in Philadelphia companies can turn to; it shows who works best in a stressful situation and who’s likely to be crushed under the pressure. By observing the team in an escape room, it is possible to see who can deal with and handle pressure well. Also, escape rooms tend to make teams tighter by allowing its members a chance to shine. Escape rooms are great for businesses looking to foster teamwork and are well worth the investment.